Let’s see the top 10 safest countries in the world 2021 that have the lowest crime rate ever and the best places to live in. Ensuring public safety is one of the major matters of concern in the world. Countries are ranked as safest based on various contexts. You should not miss: Most Luxurious Countries in the World 2021

Here are the top 10 safest countries in the world 2021 in world ranking to visit or live in including homicide rate. 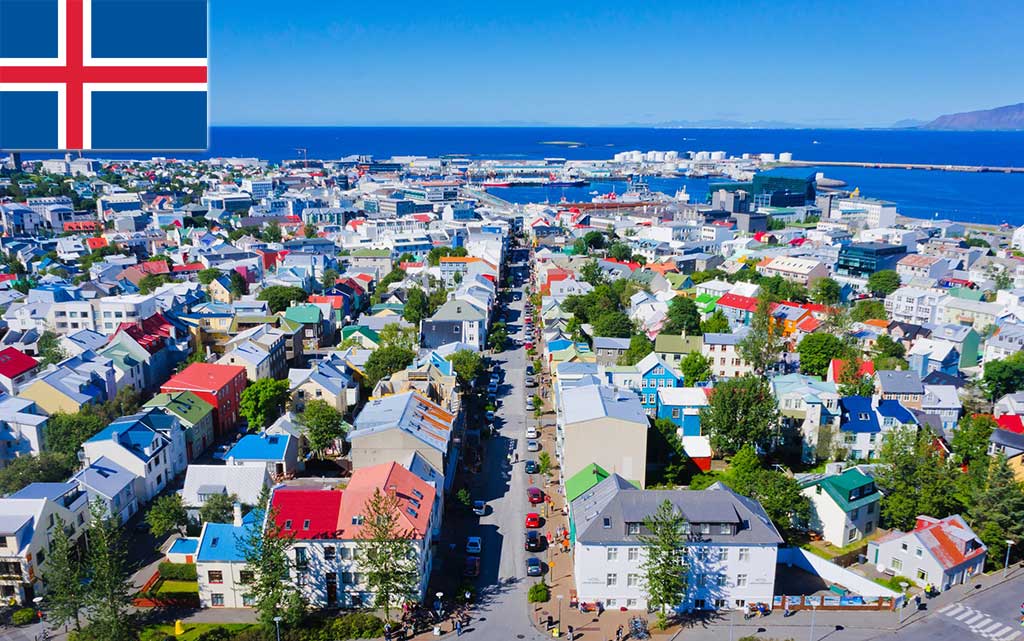 Let’s see: Most Luxurious Cities in the World

In this era, it is very hard to find any place where security is not an issue except Iceland. Since the cold war of the 1970s, Iceland has been freefromany kind of external conflicts. Furthermore, among its citizens, the violence is unthinkable. In Iceland, the police do not carry any firearms with them except pepper spray and extendable batons.

Citizens have much faith in the well trained police force. As there is no possibility of external threat, it has no standing Military, Navy and Air force. It has a high living standard with a small population and very low level of crime. There is no existence of social class discrimination. Iceland is also blessed with various natural resources including hydropower, petroleum, mineral, and many other resources which have commercial importance. According to the United Nations, Iceland is considered the 4th most happiest country. 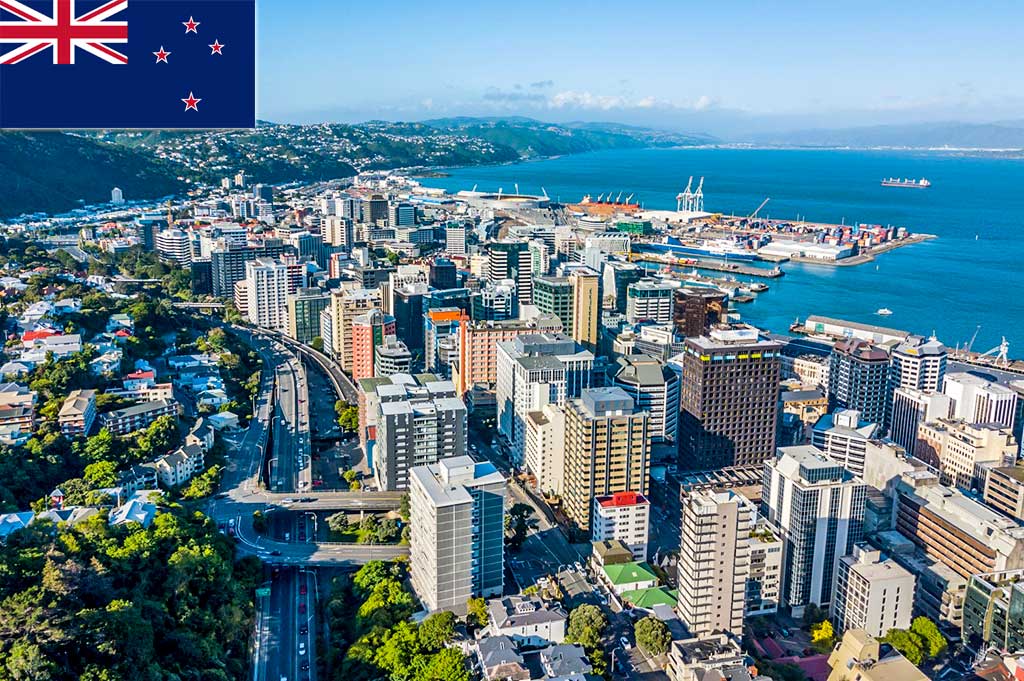 New Zealand is a developed country, holding the top position as the safest country. According to the Global Peace Index, it ranked second as the safest country in the world. It got perfect scores for perfect militarization, managing domestic and international conflict, and maintaining societal safety with high standard of living. In New Zealand the crime rate is very low, especially the violent crime. It has effective laws to prevent the maltreatment against anyone’s freedom to speak.

However, theft seems a common incident especially to the tourists. For the recent terror attack in Christchurch on March 15, 2019 on two mosques, its score decreased in the year  which caused 51 people to die. New Zealand, however, has rich natural resources. It is blessed with iron ore, natural gas, coal, sand, gold, hydro-power, timber, limestone, etc. The health status of New Zealand is in a very rich position. Among the OECD members, it got average positions in education, jobs and earnings sectors. Like Iceland, the New Zealand’s police also don’t carry any personal firearms.

Did you see: Luxurious People in the World 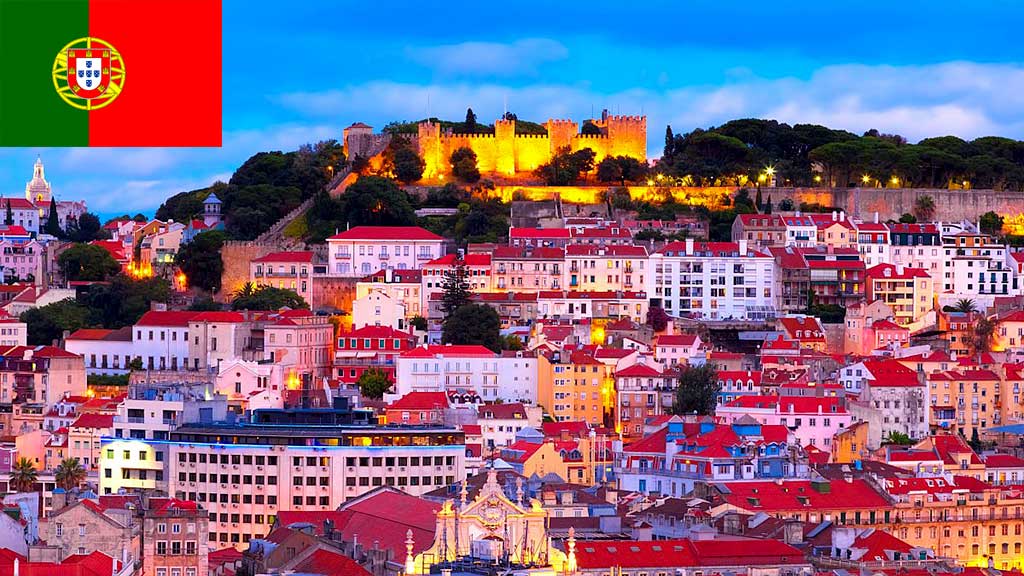 Portugal is at the peak level at the safety and peace issues. This nation, having almost 10 millions people, has shown marvellous improvement at the safest country ranking. According to the Global Peace Index, in 2019 it ranked 3rd from 18th (in 2014) as the safest and peaceful country in the world. It performed great in terms of personal security, housing, maintaining environmental balance and improving standard of living. Notable number of police forces ensure the lowest internal crime rate.

Portugal has the lowest crime rates in the European countries. For this, it easily beats its neighbouring countries like Spain and France. Again, the political climate of Portugal has been stable for years. In the previous six years, it has decreased its unemployment rate from 17% to below 7% which has had a great positive impact on the citizen’s standard of living. Furthermore, from here, one can enjoy the blessing of nature. In Portugal, there are about 3000 hours of sunshine in a year and the Atlantic Ocean’s warm sea breeze which is enough to melt a heart. Portugal has warm temperate, dry summer and wet winter. Indeed, it is the safest country to live. 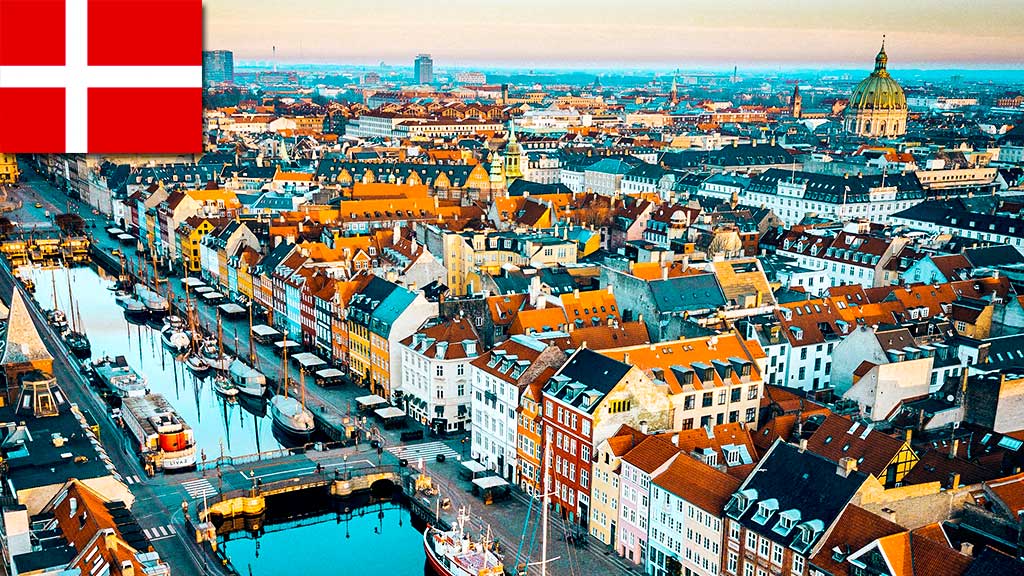 Denmark is considered as one of the safest countries in the world. Danes are enjoying much safety in comparison with other countries. Here, children around 8 or 9 years old can use public transport while other passengers are keeping an eye on them. Danish babies are safer than any other countries. Denmark is so safe that one can walk or bicycling here at any time no matter whether it’s day or night. Trust is an essential part of Danish culture and there can hardly find any corruption in business.

The living standard of Danes are high, and the country is doing great on different metrics of national performance, like LGBT, health care, education, democratic governance, equality, human development and prosperity. Though it is a high tax paying country, citizens feel happy to pay taxes as the government’s returns are great. Government successfully maintains the low level crime rate with high political stability, complete press freedom and much honour to human rights. The income equality of Denmark is notable. The climate of Denmark is temperate and warm with promising amounts of rainfall. Undoubtedly, it is the happiest and safest country to live in.

Let’s check: Most Luxurious Hobbies in the World

Austria is doing great in maintaining safety. It showed excellent performance on several sectors including weapons exports, reduction of terrorism impact and increases the UN Peacekeeping Funding. For ensuring safety, it strictly follows some laws as the foreign policies. According to the Constitutional Law of 1955 on Neutrality, no foreign military bases can be set up in Austria. To ensure peace, the UN’s Nuclear Weapon Ban Treaty was signed by Austria, though all NATO members opposed it.

The government gives much importance on participation to the Organization for Economic Co-operation and Development and many international economic organizations, on which it plays a very crucial role for Security and Cooperation in Europe (OSCE). Except there is political instability, Austria is a safe country. As serious crimes like shootings, kidnappings are very rare here. Austria’s higher educated workforce and wealthy economy ensure the high standard of living. 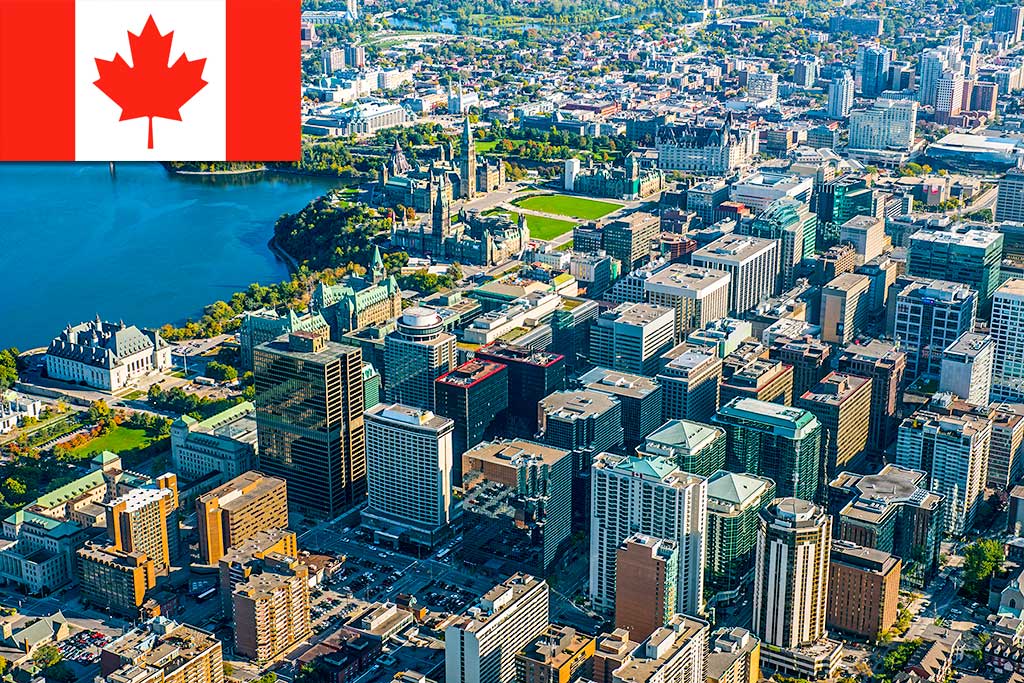 By landmass, Canada is the world’s second largest country with a relatively small population having 37 million residents. The country is a great example of effective government. The government of Canada is very successful in providing safety through managing internal conflicts, political stability and low crime rate. Canada government, a great example of humanity, provides excellent job opportunities as well as exemplary health facilities which ensure monetary safety with health security.

Don’t miss: Most Luxurious Homes in the World

It is unique than any other countries in terms of transparency of Government, quality of life, education, economic freedom and civil liberties. It is one of the richest and top-trading countries. The advanced economy of Canada is the 10th largest, predominantly relying upon its affluent natural resources and international highly developed trade network. Canada has an important role of exploring multilateral solutions in various international affairs. International security and peacekeeping is the base for the foreign policy of Canada. It works through several international organizations, coalitions and abundant federal institutions. Nevertheless, it is geologically active, there are potentially active volcanoes and having several earthquakes. Indeed, Canada is a top safest country. 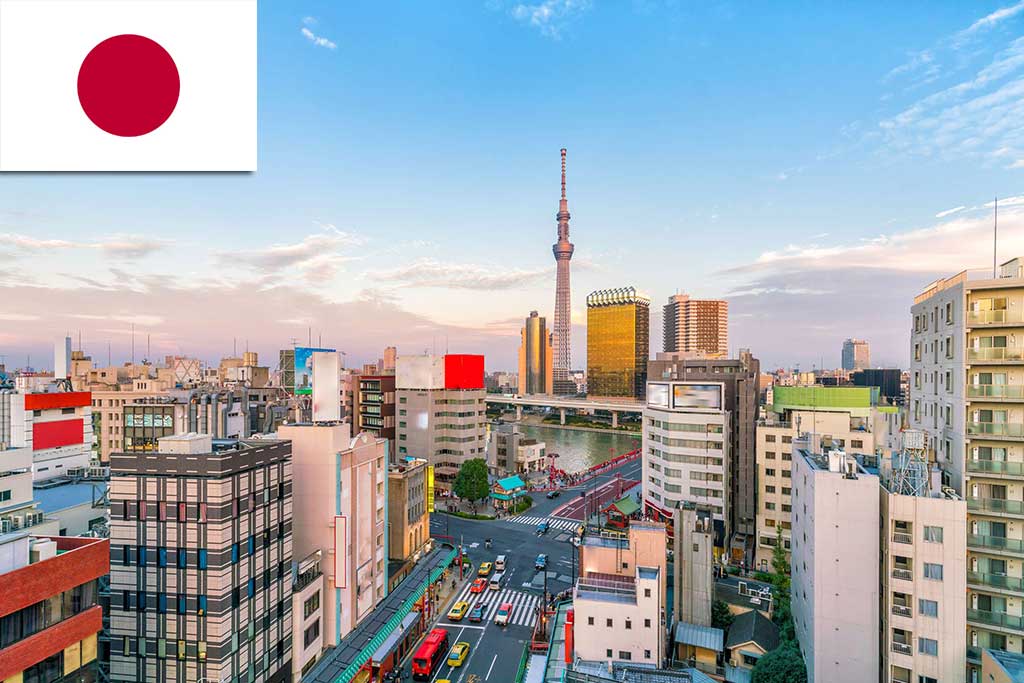 Japan has a reputation for giving more importance to safety issues. Japan’s homicide rate is second lowest after Iceland along with the assault rate is also second lowest after Canada. Furthermore, crime rate and internal conflict are incredibly low. There is no need for adult supervision when children walk out from home or even in exploring shopping malls. Women alone can stroll back even on the dark streets in any area. While using public bathrooms, people feel free to leave bags solitary.

Tokyo is found as the safest city throughout the world by the Safe Cities Index of the Economist Intelligence Unit, doing incredible results on cybersecurity, health security, infrastructure and personal security. However, there are some territorial disputes of Japan with its neighboring countries. The largest military budget is in Japan’s procession than any other country in the world. According to the Japanese Constitution(Article 9) the Japanese military is restricted from the right of declaring war or using military force in any international controversy. Japanese are considered as the most elegant and developed nation. Accordingly, it is one of the top safest countries.

Let’s see: Most Luxurious Tourist Destinations in the World

Slovenia is in the top position at the safety issue in the world. It ranked top based on some indicators including declining military expenditures along with demilitarization. Here violent crimes can hardly be seen. Petty crimes including car break-ins, bag snatching, theft, etc. are considered as the largest crimes. Slovenia is one of the stable countries.

Again, the terrorism risk is pretty low in the territory. On the other hand, the country with momentous biological diversity, has a blessing river network, underground watercourses and affluent aquifer system. Furthermore, forest covers its fifty percent territory. In a word, Slovenia is a rich country with rich nature as well as has a low crime rate. Consequently, it is undoubtedly a safe country to live in and for traveling.

Most Expensive Motorbike Brands in the World 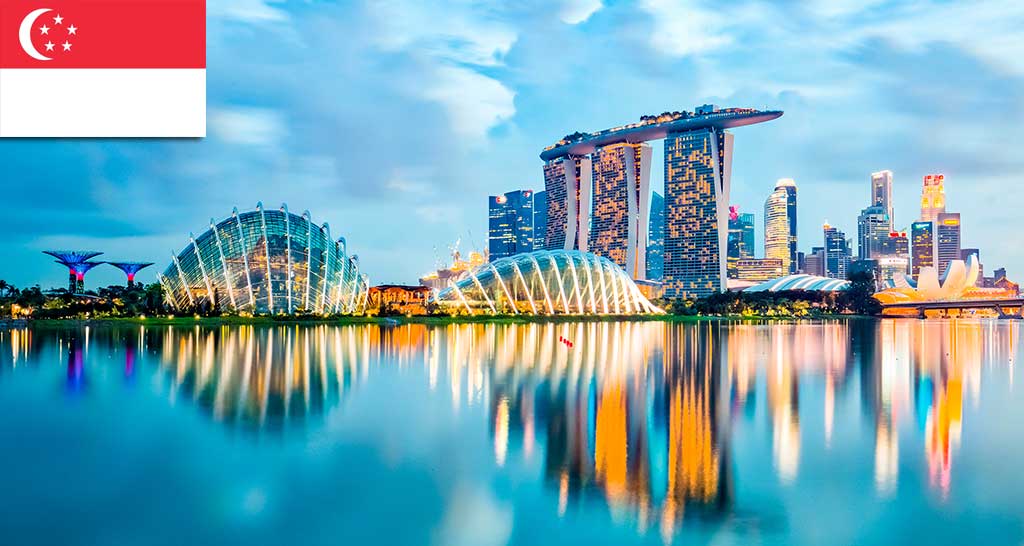 Singapore is one of the top safest countries, got a high score on lower domestic and international conflict and societal safety. The citizens feel high personal safety and very effective law enforcement facilities than other countries. Several penalties decrease the crime rate at the lowest level. As the defense strictly maintains the firearms and guns the confrontational and violent crime is hardly found in Singapore. 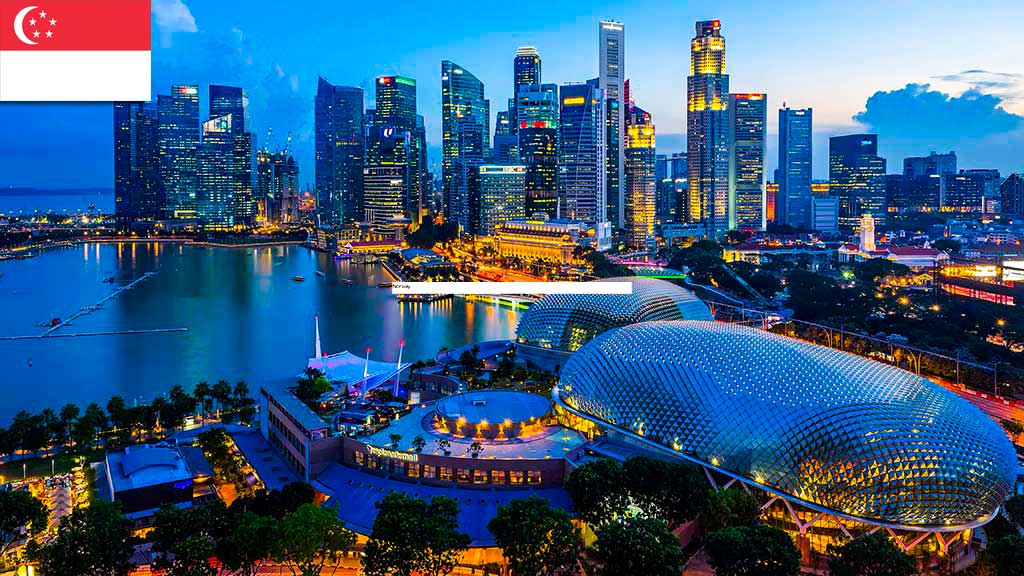 It takes the foreign policy based on ensuring security in Southeast Asia and other neighbouring areas. Consistently Singapore has ranked as a least corrupt country. The Singapore unique government policy is the key reason behind its economic growth, political stability, and harmonic social order. The city-state is the second safest city after Tokyo. For the infrastructure security and personal security Singapore ranked first, 2nd for digital security aspect and 8th for health security.

Top 10 Expensive Paintings in the World 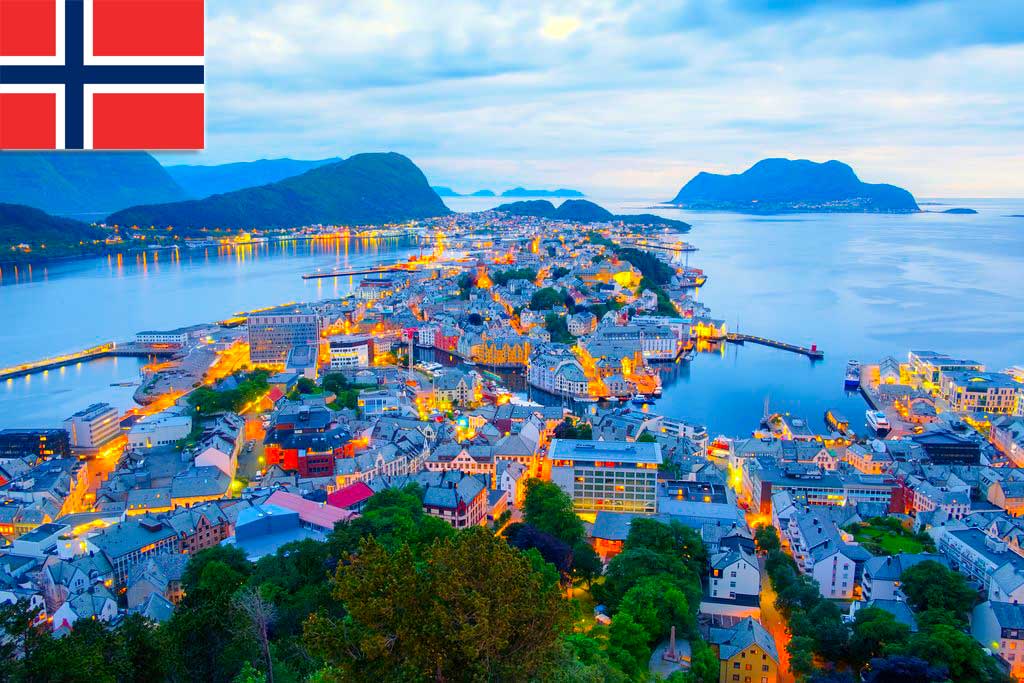 Norway is considered as the role model of states of justice and developed democracies in the world. It is one of the top safest countries and the government maintains a very healthy relation with its residents. It is also a country with almost no crimes entirely as there is an efficient criminal Judicial system. 87% of Norwegian have faith in the local police which is the 7th highest. They can walk safely at night. In comparison with other Nordic countries, it performs well for managing internal and external conflict.

Most Expensive Food dishes in the World

Every relevant international anti-corruption conference has been ratified by Norway. The Nordic Welfare Model with an expansive social security system is followed by Norway. It always takes excessive care of the health sector. Additionally, The Norwegian has strong leadership positions in the leading industrial sectors, and has huge reserves of natural gas, petroleum, lumber, minerals, fresh water, and seafood. Nature seems quite free-handed to Norway. Indeed, Norway is a safer country than many others in the world.