8 Elements that your Kitchen Deserves in 2021

The term modern kitchen elements 2021 refers to the modernized and updated technologies being applied in kitchen premises all over the world. Change can be made through color, design, furniture, or decorator.

The term “Modern” is considered a tricky term because sometimes it’s used to describe something that’s exactly the opposite of the traditional, which varies according to the time period.

Thus, there is competition among modern technologies towards kitchen appliances. But there are some key modern kitchen technologies that play a vital role in the ultimate process of modernization in this sector. Here they are;

Sometimes this is considered as a slab-door style which is a signature element of the modern kitchen design. There can easily be noticed a modern kitchen using a Shaker door style, but most of the time it falls into transitional rather than modern – which is not to be said that it can’t be used; it’s just not a purist’s perspective.

A bunch of terms is being thrown around the description of this kind of cabinet construction: frameless, Euro frameless, overlay, full overlay. They all mean the same thing that the door overlays the whole cabinet box. This style is basically the most often used in modern kitchens because it’s sleeker than a flush-inset cabinet, which is most often associated with the more traditional kitchen, cabinet, and furniture design.

In a true frameless cabinet, a face frame cannot be seen at all, and people will get consistent spacing between all the doors and drawers, even between two cabinets. In what’s known as a framed overlay, one will still have a face frame and varying space between doors and cabinets.

When the doors remain closed on a frameless cabinet, the frame can’t be seen at all except for about a ⅛-inch shadow line between cabinets.

In modern kitchens, most of the time been seen the C-channel hardware that’s integrated into the cabinet and the tubular pulls or flat linear pulls. Lots of times the horizontal lines of the cabinets can be accentuated by cabinet hardware running the full height of the drawers and doors.

Always a footprint of modern, this is often where contemporary and modern stop being similar. Whereas one might see patterned tile shapes or multiple materials with texture, color, and patina in a contemporary kitchen, it is not seen much of that in a modern kitchen. Flat-panel door styles and sleek hardware are interrelated here by a simple full-length glass backsplash and countertops without any pattern or veining.

5. Reliance on the beauty of natural materials

It cannot be said that modern kitchens can’t have a little bit of ornamentation, but when they do so, they gain it from the natural characteristics in a material, like the horizontal grain of oak when it’s rift-cut or the natural beauty and veining of marble.

It is not usually being noticed at first, but many modern kitchens share a tendency regarding the horizontal: long, wide lines, stacks of drawer cabinets being lined in a row, hardware sets long and horizontal to accentuate the rows of the drawers. In this type of kitchen, the floating panel of the back wall, as well as the cutout, accentuates the horizontal theme.

7. Consistency in style of accent pieces

When designing a kitchen, accents like lighting, tables, chairs, and bar stools all must be considered. In a modern standard kitchen, these elements will stay consistent rather than deviate like in an eclectic kitchen. In this picture, the pieces here are shown simple, elegant, and clean lines and lack ornamentation.

There’s something about the undercoated elements of industrial details which are instantly modern. This natural and untreated concrete wall has visual interest and patina all by its own and is as enjoyable as patterned wallpaper for modernist people. It looks like epoxy-painted concrete floors and the perfect lack of ornamentation on the cabinets completes the look of this modern kitchen. 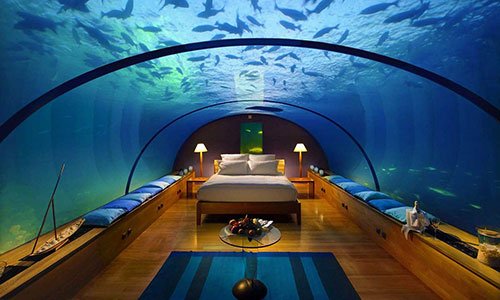 14 Most Luxurious Bedrooms in the World 2021 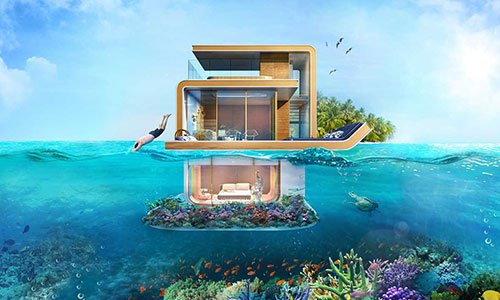 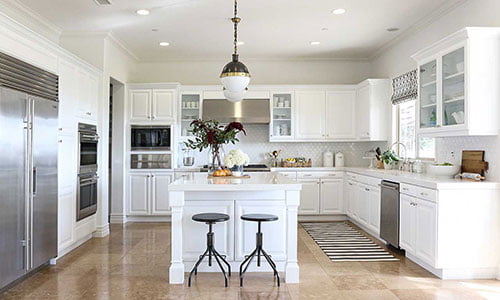 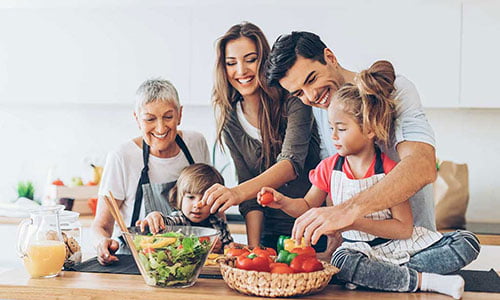 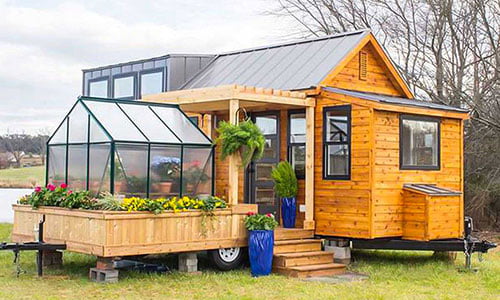 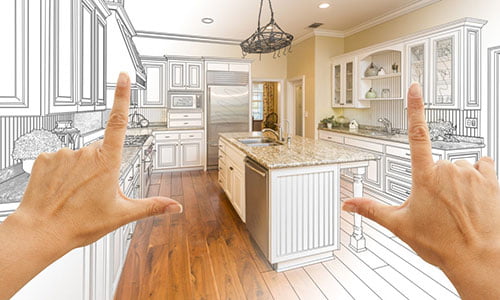