If you’ve ever wondered where the rich and famous take their holidays, and whether you travel budget could stretch to the same place, good news! We’ve tracked down five of the most expensive and exclusive holiday destinations in the world for you to check out.

The Bahamas is undoubtedly amongst the most famous holiday destination in the world, but you can go even more exclusive if you like.

Musha Cay is part of the Exumas series of islands in Copperfield Bay. You can rent the entire island for an eye-watering $40,000 a night so that you and up to eleven other people can indulge in deep-sea diving, a treasure hunt, and a personal fireworks display.

For many, France is one of their top ten tourist destinations, and Paris, in particular, is an immensely popular city to visit. The City of Lights is both imminently cosmopolitan and has a reputation as one of the world’s most romantic cities.

While the sheer amount of history, beautiful architecture, and high culture do live up to Paris’ reputation, they come with quite the price tag.

Hotels and restaurants are famously expensive in Paris, and if you want to stay somewhere whose name you recognize, or that hosts a Michelin-star restaurant, you can expect to pay up to $30,000 for a night. 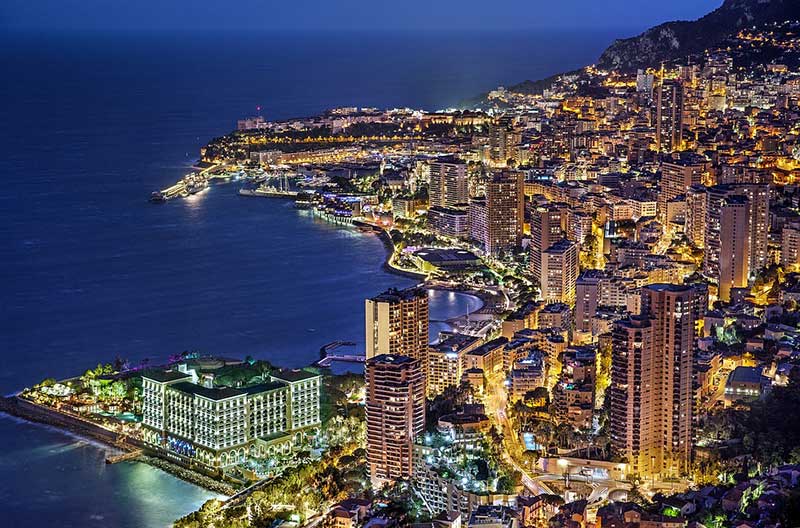 There is a reason that Monaco has become a favorite watering hole for the rich and glamorous. The Principality, which is also one of the smallest countries in the world, has had the same ruling Grimaldi family since 1297.

The Grimaldi family has actively built Monaco into one of the world’s premier holiday destinations, complete with an extensive marina for the housing of super yachts, excellent Michelle star restaurants and, some of the best hotels in Europe.

Even the entertainment available has a glamorous edge, during the day, you can take a romantic stroll through the Princess Grace Rose Garden, conceived by Prince Rainier III in memory of his wife Grace Kelly, enjoy dinner at the opulent Le Louis XV-Alain Ducasse à l’Hôtel de Paris known as the Versaille of Restaurants, and cap the evening off in the Casino de Monte-Carlo, one of Europe’s most famous casinos.

Even if you’ve never been before, you’ll almost certainly recognize parts of the Casino de Monte-Carlo. The building, in which tourists, but not locals, are allowed to indulge in some of the oldest and classical table games, like the long-established game of blackjack, or the European version of roulette, which has appeared heavily in the James Bond films (although not in Casino Royal as many people think).

It was also the central filming location for the 2004 film Ocean’s Twelve and appeared in the early Hayao Miyazaki film, The Castle of Cagliostro.

New York City draws around 65 million tourists per year, and much of its economy is geared towards catering to those visitors. As you might expect in such a tourist-heavy city, prices are inflated.

While the single ticket costs can’t match renting out your own island in the Bahamas, the constant 20-30% increase across everything from food to a mid-range hotel room still racks up. You can do a whole range of things and see for free in NYC, but you’ll still need to eat and sleep, and that’s what’s going to cost you.

Norway is a beautiful country, and its capital city is a picturesque delight of Scandinavian culture and the most expensive city in Europe.

While Norway and its people are relatively affluent, one of the downsides to being the most Northerly country in Europe is that everything from food to beer needs to be brought in from other, more temperate, countries.

Costs in Oslo average around 20% more than any other Western European capital city. On the plus side, Oslo has a well-deserved reputation for being clean, safe, and beautiful, so visiting is money well spent.